I know i should have picked a sequel for today review but i had a book received for free that sounded too tempting so i had to give it a try even if it was a new author to me... i will read two sequels after i guess^^

Anyway, today i'm introducing you to a dark YA Urban fantasy....the next books are already released so better to start with book 1 ( because it's not a series you could read out of order for sure) Blood Bound by Sharon Stevenson 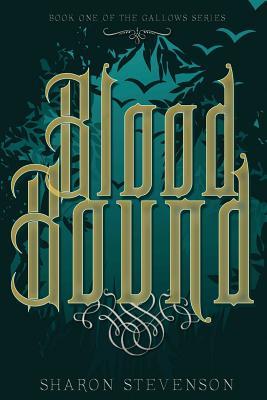 19-year-old twin demon trackers Shaun and Sarah Gallows are used to running into trouble - mostly the kind with fangs - but while Sarah embraces her powers to their fullest extent, trusting her instincts implicitly, Shaun distances himself from his abilities and can do little more than despair at his sister’s reckless nature and idly back her up.

When they come across 17-year-old Melissa Carling, a demon tracker who’s been torturing innocent super-naturals, they know they have to stop her. Sarah is desperate to punish Melissa for what she’s been doing but Shaun’s instant attraction to the girl points to a soul-mate bond stronger than anything he’s ever had to fight before…


My opinion:
Interesting first instalment but not enough background info....that was my feeling at the beginning of the book and sadly it stayed well after the last page. I liked the characters but i don't really understand the universe...Shaun and Sarah are demon trackers that was aid and repeated yes and we learn that it gives them some special powers oki....looks like there is some kind of organisation as well and their family is an important one....but why, how? who decided what creature are "good" or evil and right at the beginning we learn that Shaun was gravely hurt ( lost an eye) but not when or how...why he never accepted his power and wants a normal life? how was he raised?

I think some of these answers were needed to make this book even better and i do hope we will get them in the next one so that we really can understand Shaun and Sarah Better because at some time they are very, VERY confusing.

That being said the story is promising, there area lot of violence, some graphic, some no but the suspense and investigation give it a form of balance...some secondary characters are intriguing ( Elle) some are moving ( Katie), Ray is touching.....Dev i don't like him at all.. i don't want to reveal too much but there is another one you will probably hate if you are like me^^

Between Shaun and Sarah i really prefer Shaun, he is suffering but trying his best to adjust...Sarah is too single minded and while she wants to help her reckless attitude cause more damage than help.

So you like dark urban fantasy (with vampire, fae and others creatures) you could give this one a try knowing you will have a lot of unanswered questions, for my part i want to see what happen next before i decide for good where to shelve this book.