i'm sorry if i have been quite silent this week but a lot of things happened and i nearly lost it. Really,  it's amazing how many bad or at least problematic things can add up on a short time...;sometimes it gets too much and without people around us we could do stupid things.
Thankfully goods things happened too, some great surprises ( THANK ROGER) and it reminds us that we can't give up, that no matter how dark the days seem to be, the sun will always reappear. So i won't give up and i won't loose faith, i will simply try to do my best.

I haven't read a lot but i still have something to share with you. For the little history, i learned about this book a funny paranormal romance thanks to a swag giveaway ( postcard and pen ( a cute one!)) i won  last year but i only managed to obtain the book some months ago thanks to Brenda ( thank you).  It's time i share with you what i think of " Flirting under a Full Moon". 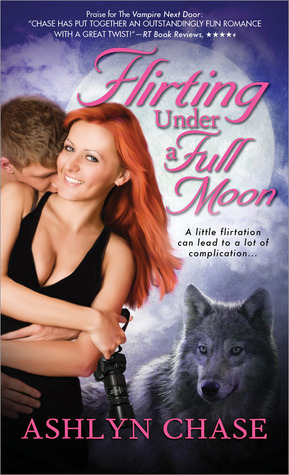 If Brandee Hanson ever wants to go from waitress to photographer, she'll have to take some once-in-a-lifetime shots. But when she catches the gorgeous private investigator, Nick Wolfensen, on camera— transforming into a werewolf—she is thrown into a world of vampires, shapeshifters, and other paranormal misfits.


In order to keep his secret and stay clear of the supernatural council, Nick will have to convince Brandee not to release the photo. Fortunately, he was looking for an excuse to spend more time with the beautiful waitress anyway


My opinion:
“Flirting under a Full Moon “ is the perfect title if you want a fast, uncomplicated, easy read about werewolves and other paranormals. I really appreciated reading it and it was amusing and fun, not exceptional but with some great bits of originality.

The gods are completely crazy and I’m sure you will prefer avoid meeting Gaia after reading this book ^^ ( I thought she would complain about pollution and such…completely wrong ^^;;) really they add a touch of fresh humour which is delicious.

The romance, and story in itself, is more common but far from bad. Like I said it’s one that you can read when you just want to enjoy a good time ( at the beach for example). Brandee is a woman who wish for love but who has been far from lucky so far…I liked the fact she stayed on her position and didn’t give in too easily or went back to her ex… now she is a good friend and all but I can’t say I really like her either…perhaps because she put herself and other in danger when it wasn’t necessary.. I can’t say.  She is a waitress at a very special pub because it’s the only one where paranormal can attend no matter the species and form bond. Anthony the owner is a vampire that preach for peace between the different paranormal and think that to achieve that they must start by learning to know each other thus the creation of the pub. Anthony isa character I would love to discover more about, he sound really loyal.

Nick is a werewolf and while waiting for his true mate he accumulated the one night stands… I don’t like that behaviour but at least he was honest about it so I can’t really say he was a bad man/wolf. He suffered from the accusation (false) directed to his twin and he is trying to find a life for himself which isn’t easy. What I appreciated was that he was more than open minded and from what I gathered from the universe (because it’s a series^^;;) it’s not common at all for a werewolf. As a regular to Anthony’s pub he knows Brandee and flirted with her but until a kiss he didn’t know she was the one .. when he discovers it he becomes protective and utterly loyal.

Now some would be put off by the kind of insta love…. Thought with paranormal I don’t mind them in this case I can’t really call that insta love exactly… he did flirt with her before so there was attraction but the kiss did made things clear they still had to work thing after. Now it wasn’t the most romantic couple either.

What I really enjoyed in this book were in fact the secondary characters, Anthony, but also, the wizard Kurt and the vampire Sly and the coyote shifter or the dragon one. The investigation about the kidnapping could have been better because I didn’t really understood the link or it was too loosely tell as the author focused on the romance and Gaia’s intervention… in fact the investigation is really  in the background and secondary,  I would probably have enjoyed the book more if it took a more important part in the story.

If you want a easy read, love several different paranormals in your books, you will probably enjoy this book as for me I don’t need to be bribed to want to try at least another one in this series^^ 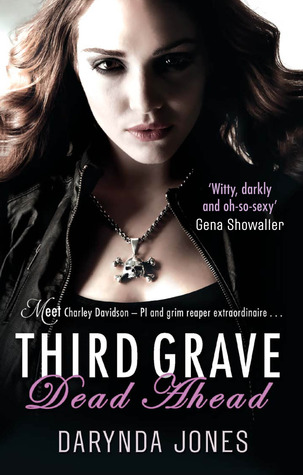 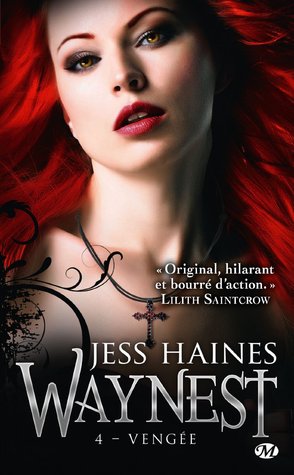