Summer is there and what a surprise the sun as well because these past weeks we really wondered if it still existed ....unfortunately it won't last as some big storms are already planned so i decided to post this when i could without more delay.

I decided to try a series i wanted for a long LONG time and i can only say that i regret not having read this one sooner. In summer i tend to read a bit more romance suspense ( but not exclusively) so how could i start summer better than starting with a military romance^^ 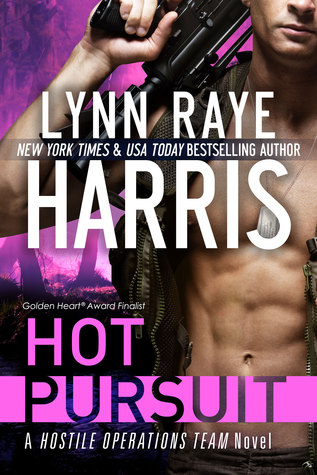 Ten years ago, Matt Girard did something he shouldn’t. When sweet Evangeline Baker offered him her virginity, he took it. Then he left town and he’s never looked back.

Until now. His future as a black ops soldier with the Hostile Operations Team is in jeopardy, and he’s come home for a few days before going back to face the consequences of a mission gone wrong.

Matt still makes Evie’s heart pound, but she wants nothing to do with him. She’s had enough of men who lie and promise things they don’t deliver. But when her sister goes missing and her ex-boyfriend turns up dead, she’s in need of Matt’s special military skills.

With time running out, Matt will put everything on the line to protect Evie and find her sister. Even if it means sacrificing all he’s worked for with HOT. Sometimes, the reward is worth the price. Especially when it’s the one woman he can’t forget…

My opinion:
I can't believe i wasted so much time before reading this story....i LOVE it! even better it's set in Louisiana and the bayou  which is you follow my blog you must know i've come to enjoy a lot after reading Suzanne Johnson's descriptions of that part of the united states...yes with the blurb alone i had no idea it was the setting but  what a great surprise.

Of course, the setting alone doesn't make a great story but the author not only picked the perfect place, she managed to build a great suspense with a lot of twists and surprise with a fast but rightly so rhythm. The characters are of those we come to love almost instantly and we understand them and want their happiness.

Evie is a strong free spirit, she left her town to pursue a dream ( and also for some not so right reasons) and she succeeded... it didn't last as she was set up and lost everything but even then she isn't giving up and plans to start over even if it means going back home to start. I loved that quality of her.

Matt has been hurt...not only physically as a team leader, he is feeling responsible for the death of some of his men and if it wasn't enough he is soon to be judged for that. However, he is really loyal and he is feeling also bad for what he did to Evie ten years ago...( and he doesn't know half of it)...when he discovers that she is in danger he doesn't hesitate one second to step in and protect her at all cost and it's not because he is still attracted to her no, it's mostly because it's the kind of man he is. Coming from a very rich family he could have chosen an easier life but decided to serve his country and he is really talented at his job , commanding the loyalty and trust of his men who don't hesitate to help even when it could cost them their career. ( I want to learn more about them)

The suspense is really well done and the author keeps our interest until the last page when she makes the right ending... i know in this genre the happy end is a must so it's not a surprise but  the characters can get different version of happy ending and for a little moment i was afraid one would loose more than the other but it's not teh case at all.

In romance suspense my favourite are military one... perhaps because in a sense military men are very similar to supernatural alpha who put loyalty and honour as priority ( oh i'm sure there are black sheep too of course but still the majority is admirable) it's something i really appreciate. So i really recommend this one ( even better it's free on a lot of ebook retailer) it was more than an enjoyable read and i fully plan to read more of the HOT stories