While i have been reading several aliens romance for which you will get my opinion soon, today i'm takling a break from that genre to go back to one of my favourite: paranormal romance with shifters.

I have been luck to get a arc of Michelle Fox new book " Furever After" which is released today and i couldn't miss to share my opinion on it with you without delay. 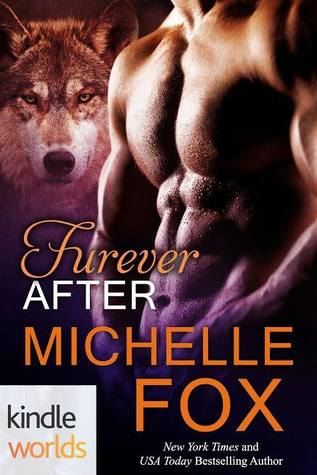 Piper Oakes is done with being a shifter and doing whatever she can to jettison her wolf. If she doesn’t, her alpha will force her to be his mate, even though they have no bond. In an effort to force her obedience, he’s taken everything from her—family, friends and any sense of safety she ever had. There’s no reason for her to be a wolf anymore and every reason to walk away.

Saving her wolf is his only chance at love…

Doctor Jaxon Comyn has never met a wolf who could be his mate. To fill the void of living alone, he throws himself into the study of human medical science. When Piper comes into his life, it’s his one shot at having it all, but claiming her as his mate means taking on both her alpha…and his.


Note this is a novella, not a novel. Longer than a short story, shorter than a novel. While it’s a good idea (and lots of fun!) to read Bad Kitty by Eliza Gayle, it’s not required. This story stands alone with no cliffhanger and an HEA ending.

My opinion:
Really great. I have been wanting to read something from this author for a long time and i’m so glad i got the opportunity to read this novella in exchange for a review.  I haven’t read anything in this universe before  me tell you that this won’t be the last.

I had absolutly no problem  understand the world and the story despite this being my first introduction to it. It’s really a stand alone well done with  little tibits about the rest of the series making you want to discover more to deepen your knowledge and joy but you aren’t lost at all if you are new to it.

It’s a novella so the rythm is quite rapid but not overly so and Piper and Jaxon do get to know a little about each other before the romance really strikes i really loved that. Piper has been fleeing since little , we don’t know exactly how long and that’s something i would have liked to know to understand her even more as well as her situation. She is independant and terribly afraid which is pergfectly understandable after what she suffered... as a result she doesn’t want to be a shifter anymore so she is trying to stay in the human world because in this world the wolfshifetrs need to stay together and near nature to keep their energy/ magic to the  fullest..... ...when apart from the clan for too long one would start to feel sick. For Piper it’s even worse, she is dying when she meets Jaxon.

Jaxon is a wolf shifter from another clan who wants to be a doctor so he has permission to live outside the
clan to study and work but he is still part of it and goes back as soon as possible. When he sees Piper, he is drawn to help her but he doesn’t get the real deeper reason. He is a good and loyal man, i really liked him. I think is personnality is perfect for Piper

The intrigue is simple is the  sense that we do know the bad one from the start and we know what he wants.... however  i didn’t understand how his clan allowed him to act like that....i mean he has nothiong of the
alpha safe from the strengh perhaps....that’s the part tht bothered me a little i guess that no one tried to interfere , to exile him or something....
However the resolution  takes unexpected turns so you are turning the pages until the last one hoping for Piper and Jaxon happiness and to see the villain punished as he derserves it.

This is really a excellent novella and i would be happy to read more in this universe.