Last year, i received a surprise book via a RAK and it was for me the discovery of a new author and a new series...despite said book being the fourth in a series i read it and i found that i enjoyed it immensely and i wanted to discover more about the team....so i started my quest to fill the gaps and while i'm far from having completed the series i did receive the first book so i could start at the beginning... having read book 4 first did not affect my reading and i will jump on book 2 in a very near future. 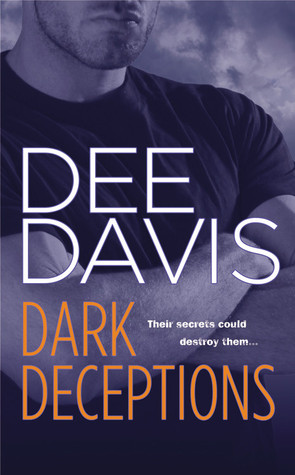 delivers the first installment in an action-packed, sensual, romantic suspense series featuring the operatives of A-Tac, an elite CIA unit masquerading as faculty at an Ivy League college.

TORN BETWEEN DUTY AND DESIRE

Covert operations expert Nash Brennon has spent the last eight years trying to forget Annie Gallagher, his former field partner and the only woman he ever loved. Annie betrayed him when he needed her most, then vanished without a trace. Now suddenly she's back in the game - this time as a suspected traitor and threat to national security.

Annie's son has been kidnapped by political terrorists. The price for his life? Assassinate a UN ambassador. When Nash and his group find her, the smoldering passion between Annie and the man she swore she'd never contact again blazes out of control. But can Nash trust her? The stakes couldn?t be higher: Their enemy's endgame is personal, and one false move could cost them their lives.


My opinion:
I loved it! Since I first read a later book it’s not my first encounter with the characters of the team but it still felt like it and I enjoyed that! I loved to see the interactions between all the team members and I do want more already
But, before I get to the next book better start with this one; here we discover Nash an ex CIA agent which is now part of an even more secret governmental organisation A-Tac…that is still linked to CIA but at the same time it’s different. A-Tac is a team with highly specialised and effective member, when they are not on the field they are teacher at a university situated above and around their operation center.

Nash was a special operative specialised in retrieval and assassination works, before joining A-Tac he was partnered with Annie. Together they were a formidable team, understanding each other without word and also being in love in love. However 8years ago a mission ended up badly with Nash deeply wounded and Annie missing. That affected him more than he accepts to admit and while happy with A-Tac he miss her.
So when the team get word of a assassination project and that the one hired for the job is Annie , Nash feel deeply betrayed again even if part of him can’t believe her guilty.
Annie had a misunderstanding with Nash  just before their last mission together and finding herself pregnant she wanted a normal life so she disappeared and did not keep contact with Nash after he refused it ( or so she believe) now her son Adam has been kidnapped and she is asked to kill someone to save his life, with no one to turn to Annie is ready to do all she can to save Adam until she is caught by Nash and discover that the situation is a lot more complex and that treachery isn’t always where we think it.

I loved the plot really I want to discover the traitor in A-tac, I guessed immediately Tom intentions and his part in the past but so caught in the action as I was I did not mind that part. I loved Nash , he is loyal, determined and a little lost, Adam is simply too adorable. I had more difficulties to connect with Annie….i understand her wanting a normal life and being hurt by some of what Nash said especially after her past ( arf I wish I could punish her father and makes his life miserable!) but  I hated how she could not decide where to stand. Once she trusts Nash, then she doesn’t then back again, she was a real yoyo and I don’t think she was helping her son by acting like that… I wanted to shake her and tell her to come true to what she wanted and happened. Yes being a spy makes you paranoids but there are limit! Avery is a really good and understanding leader, I want to learn more about him and Drake made me smile more than once.

Aside from the action and the high suspense, the steamy scenes between Annie and Nash ( and there are several)  add some spice to the story  making it quite a captivating romantic suspense.It’s a  series that I do recommend to lovers of this genre.