October has started and i plan to  offer you more review this month as i focus on two of my favourites genre ( paranormal romance, urban fantasy) to fit the season^^.
I'm starting with one i hoped to offer you long before but sadly fate was against me in this case first i was quite ill and when i was better it's the photocopy machine that got in the way... two weeks to be repared... one page printed then broken again and one month to wait.... it's a reason i prefer print book^^ i can read it as soon as i want ( and let's be honest the actual books stay less longer in the pile than digital one)

Any way i'm really glad i got to read this one because it was good and i just regret not having read it before but then... it fit the monthly Theme too^^ 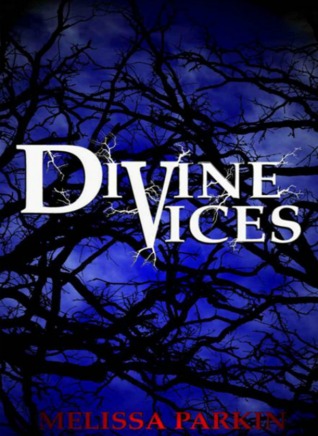 Danger seldom leaves its victims unscathed in the ways of seduction, and this lesson is one that sixteen-year-old Cassie Foster now knows all too well.


Nine months following the traumatic accident that claimed the life of her mother and sister, this high school junior has at last found a fresh start in the quiet town of , . In the company of her best friends, Ian and Gwen, she’s bracing the usual turmoil of adolescence and taking all in stride… until the new transfer student, Jackson Matthews, comes walking into her life. He’s arrogant, sarcastic, roguish, devastatingly sexy, and the very last thing Cassie wants to entertain. But when circumstances drive these two together, she finds herself a bit too close for comfort as their bond intensifies. Plagued by unexplainable events, a sudden string of disappearances, and even a cult-related murder, Cassie begins to fear for her life. Is it all just a coincidence that these happenings began when this Casanova strolled into town, or has she in fact fallen for a real lady-killer, or worse?


My opinion:
Quite compelling. It’s an  enjoyable YA story , quickly read; The beginning gives a insight of what the paranormal creatures are in the prologue so we know where we stand a little however  I found the the beginning a little slow at first which doesn’t last and before the middle of the book you are so caught in it that you can’t stop turning the pages.

The characters are intriguing and the plot has some twists preventing him to be too predictable. There is a sort of love triangle (sort of since she didn’t know for one) but the “insta-love”, that could deter some, is explained later and it makes sense so it did not bother me at the end of the book.
I was immediately on Ian side, the good friend and, so different boy who doesn’t play by the standards. I guessed a little about him but not everything and I must say it was really well done and I would love to see more of him. He is quite mature for his age too. Jack… that one I didn’t like he is too egoistical in my opinion, too proud, I don’t trust him at all but he has me curious nonetheless. It’s not hard to see there are more to him however even himself doesn’t really know so only more books will reveal us more information.

I must confess there were moments I was irritated with Cassie’s behaviour as she is afraid of someone ( won’t say more to avoid spoiler), even terrified but the instant after she is defending him with everything she has….  Not really understandable in my opinion even if ado can be quite undecided. That put aside, she had to grow up quicker than normal and she is quite mature for her age. She is trying to do her best but forgot along the way what she really wants for herself. Her friendship with Ian and Gwen is something precious to her and even if each one is really different from each other they don’t hesitate to fight for their friends.  I’m not that fond of Gwen has she likes dating different boys quickly and I don’t really agree to that, we get another insight of her character later but still something is off with her in my opinion.

The suspense is well maintained I really would be happy to read book two as soon as it’s available because one of the bad point of this book is unfortunately the cliffhanger just when you wanted more.

If you want a classic a well written YA paranormal romance (soft one for this book) and don’t fear the cliffhanger, this is one you want to try.