so while Carnaval has started meaning even less sleep for me it gives me the advantage of more reading/ internet time ( at least during the day as in evening it's more power cuts that are frequent with all the spotlight, etc).

So While reading for the Take Control of your TBR pile i decided to start with an urban fantasy that i wanted to read forever and never started for whatever reason, now it's done and book 2 will follow soon. Why Shadow Sight by EJ Stevens? Because at this time it's free in digital on nearly all platform so if you are tempted to try it it's definitively the time to grab it. 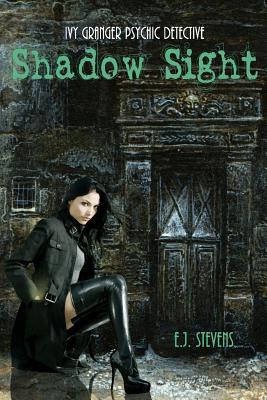 Welcome to Harborsmouth, where monsters walk the streets
unseen by humans…except those with second sight, like Ivy Granger.

Some things are best left unseen...

Ivy Granger's second sight is finally giving her life purpose. Ivy and her best friend Jinx may not be raking in the dough, but their psychic detective agency pays the bills—most of the time. Their only worry is the boredom of a slow day and the occasional crazy client—until a demon walks through their door.

A demon attorney representing the water fae? Stranger things have happened. And things are about to get very, very strange as a bloodthirsty nightmare hunts the city of .

There's blood in the water...

Kelpies have a reputation for eating humans. Unfortunately, Kelpies are the clients. When an Unseelie faerie this evil stalks the waterways of your city, you have to make hard choices.


The lesser of two evils...


My opinion:
A very enjoyable adventure! Ivy is a character you come to like easily, she is stubborn, loyal , kind hearted but also very determined and has a warrior spirit despite being too naive at time.
I really spent a good time reading this book despite some elements not being too surprising or original.

Discovering her " gift" of psychometry at an young age Ivy closed on herself until she met Jinx and discovered that her gift could also help people not just give her pain. Together they decided to open a detective agency and were doing enough on their own until a demon comes asking for Ivy's services....as a war is brewing.

Knowing the supernatural world exist, being able to see the faes and other creatures without their glamour is still very different that to work and fight for it. Ivy is thrown  in a adventures she doesn't realise all the extent and she is doing her best to protect humans and others from the most of the damages. That being said, with the perhaps limited but still existing knowledge she has of the fae i don't understand how she can bargain and grant wishes without more specifics...fae and bargain that should have been a red alert ^^;;

The investigation, in the mist of the war is really well written. we see Ivy trying to gain allies while still trying to fullfill her part of the bargain with a lot of action and a touch of humour...some events are predictable but  when you are caught on the story you enjoy it too much to mind.
The secondary characters are really interesting as well, i loved Kaye the witch and i’m curious at all her powers, Galliel the unicorn, Marvin,  each one is important and play a big role.