Since i took yesterday off, today you get not one but 2 reviews... so let's start with a romantic suspense book that was highly recommended to me it's the first book of the series "Black Knights Inc" so if you love bikers, suspense, action and romance this book could be for you at least for me it was a good change from books including demons^^;; Black Knights Inc.--Behind the facade of their tricked-out motorcycle shop is an elite special ops team assigned the jobs too hot for anyone else to handle.

Ex-Marine Nate "Ghost" Weller is an expert at keeping his cool--and his distance--which makes him one hell of a sniper. It's also how he keeps his feelings for Ali Morgan in check. Sweet, sexy Ali has always revved his engine, but she's his best friend's baby sister...and totally off limits.

Ali's never seen anything sexier than Nate Weller straddling his custom Harley--or the flash of danger in his eyes when she tells him she's in trouble. First something happened to her brother, and now she's become the target of a nasty international organization. With Nate, her life is in the most capable hands possible--but her heart is another story altogether

My opinion:
I’m so glad I trusted those who recommended this series to me because this first book is really promising and I do want more already. Julie Ann Walker manages to keep the tension high and a fast packed action without forgetting some touch of romance and humor which were quite important to counterbalance the vivid and gruesome description of tortures the hero and his teammate, the brother of the heroine, suffered.  The author writes those so well that you can imagine them and the state Griggs was in… perhaps a little hard for emotional people who will  get a little ill imagining the scene..; a good way for the readers to understand better why Ali tends to throw up a lot. (Sensitive stomach against rude times… rude times won)

The way Nate, alias Ghost, react in front of Ali since the beginning show us how heated it will become because you can really count on steamy scenes, you have to wait a little for them because he does try to keep his promise to Griggs and consider Ali out of limits even if he is attracted to her for years. The only way for him to do it is to keep his distance and to become stony when she is near but with her life on the line Nate show how protective he can be.

Ali is a quiet girl but having growing up with an older brother who was in military she also learned some tips…her brother didn’t want to left her unprotected so he become her teacher in a sense and trained her. She accepted that because she was really close to him, more than to their parents. Ali always knew her brothers was doing more than what he let on but never asked, waiting for him to decide to share those secrets with her. Unfortunately, Griggs dies in an accident or so it said.. devastated Ali  doesn’t notice that Nate is hurt or hiding something….but when months later she is nearly mugged, followed she decide to impose on him for security because Griggs trusted this man with his life and she is sure they didn’t work in a simple mechanic shop.

The team didn’t expect to receive a visit of their late mate baby sister…even less bugged as she is…but they couldn’t let her down so they decide to act not sure who is behind it. When they discover that Griggs had taken a solo mission without telling anyone is hard on them but it’s a leads they must follow even if it means revealing who they are and what they do to Ali. We don’t see all the black knights as of yet because a large part of them are on mission  but I did love the one we met. Ozzie is really funny with his geek attitude but he is really talented in his speciality. Becky is determined to join the black knights who train her in secret but their boss, secretly in love with her, won’t accept that idea just to protect her. It’s amusing to see how both of them see what it’s between Ali and Nate but can see what the other is feeling despite their numerous banters.  Dan is the only one married but we don’t see that much interactions betweens the two, which you will understand when you read the book.

I appreciate to see Dagan staying “honest”… he does have a deep sense of justice and I wouldn’t been surprised to see him join the rank of the knight… though I do want to know his story.

The only thing that bothered me a little is the way the knights seem a little indifferent to the suffering of their own….yes grief can be done differently but  I would have thought they would show ore solidarity even if they are military and knows the risks.

If you want a  good romantic suspense with bikers full of themselves, big alpha but also women who knows and fight for what they wants…. This is the right book for you and I wish I had the next book on hand already! 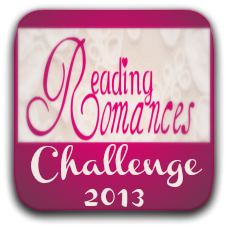