The countdown for Christmas is nearly finished and i don't know for you but  here we are not ready yet despite all my efforts... christmas card have been sent ( nearly all received on time, still waiting to hear from some people), 99% of the gifts are wrapped and under the tree ( only one left to do but it's at home already) and i finally put my hands on the majority of my christmas meal... tomorrow will be the last line and then i really hope i will be able to relax a little .

However, the winter challenge i joined this weekend did gave me the little push i needed to get back on reading as soon as i have 5min off....not sure it will be enough to finish all i have to do but i decided to start on a book from an author i've read a lot this year but really love and it set in winter so perfect to make up for the White Christmas not on the horizon. 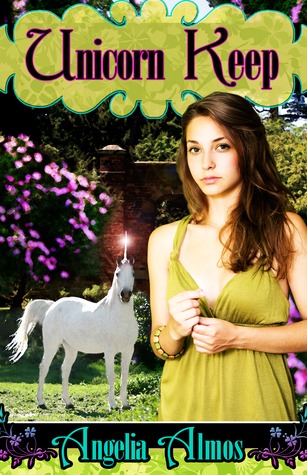 Jiline of Ainsley is dismayed when her best friend is selected by the mages to become a unicorn keeper at the Keep, an isolated mountain fortress. Especially since Madelen is in love and engaged to the richest boy in the village. Jiline on the other hand has no prospects of marriage or a trade in their small village. So, she comes up with a plan to take Madelen’s place at the Keep and hopefully flunk out of unicorn keeper training before the mages can discover the deception. Unfortunately, the unicorns have their own plans for her.


Mage Herrick, son of the Keep Mage, returns home to the Keep as the trainee keepers arrive. A chance encounter with Jiline, who he believes is Madelen, on the trail sparks a magical connection between the two. Knowing he can’t feel a magical draw to someone who has no magic, he tries to prove Madelen (Jiline) has magic within her. His attention brings unforeseen complications for both of them


My opinion:
I’m really delighted to have discovered Angelia’s books this year because even if there are some I loved more than other I liked all of them and I’ve been disappointed so far. I was really happy she wrote a book about unicorn for me to try once again the magic operated.

This title is a YA, fantasy one and Angelia’s talent really works well for this genre but what marked me the moist is how well the horses and unicorns habit’s and description are fitting. We really see she loves them and know a lot about the subject which made the unicorns so lively and believable that you are immersed in the story and could wish for horse of your own after reading about sweet Ginger the Pony, about Bai the prideful unicorn and all the others.

I liked the story a lot and enjoyed the universe where magic isn’t hidden and at the same time not told all about. Jiline is a really interesting heroine; I loved how she thought before taking a decision, not wanting to be rash about it and not taking all she was told for truths that can’t be put into question. She wanted to help and save her friends, then the unicorn but not until the end and still with difficulty did she think about herself. I really love that.

Herrick was a loyal and thoughtful suitor, he doesn’t mean to bring attention to the girl he knows as Madelen but he is draw to her. He needs to be near, to see her and to get her approval. When the need arrives he does his best to protect her even if it means putting himself in danger for someone so young it was cute and definitively the kind of boyfriend I would love to have. His magic is his own and he is stronger than a lot of other mage, reason, aside from who is mother is, he is put under surveillance. He is also able to rethink what he was told.

Ginger is loyal and so courageous as well as too friendly^^;; , bait is a unicorn who seems a little too attached to Jilene, protector aside he is an excellent fighter and doesn’t like Herrick at all. His mother Gwyn  is the leading mare and she is really cute to read about. I love how commanding she can be as well as patient with Jilene letting her come to her own conclusion not rushing but giving a nudge in the good direction if needed. She knows what is best for her but let Jilene decide when the moment is right.

Now there were 2 things that bothered me… first one detail that perhaps it’s only my fault but at the beginning perhaps there were one or 2 typos a negation not present or a name missing but I can’t be sure in the state I’m in I could I have missed and really you read the story in one so that don’t impede your enjoyment of the story at all.
What bothered me more was Eli… I don’t know why but I would have liked to see more of him…. I don’t know if he did what he did only because he was compelled to that’s not really précised just hinted at. However since his link to the unicorn I was hoping they would take him along one way or another so I was always hoping to see him appearing but we simply don’t know what happen to him exactly. He was the one in the keeper really close to the unicorn but it’s like their bond just disappear. Same for Madelen, we don’t know how things work for her not even for the little Cris  and I would have liked more closure.

The ending I sweet and really well written even if part of me would have wished something different I don’t regret it. It’s really cute story with a sweet romance in a fabulous fantasy world. I recommend it with pleasure!