First review of the year and a positive one! Darlene very kindly gifted me a book from my wishlist some month ago and  i can't tell you how happy i was to receive it... however i'm so afraid of cliffhanger that i can have the tendency to wait the next book release to read the one before just in case i need to jump on it.
Also i got really busy and pleasure reads were nearly not existent at that moment so i had to wait; to be honest i should probably have waited one more day because i'm still a bit under the weather, i overdid things yesterday but once i started this book i couldn't close it so no sleeping, not eating enough .. .not such a good idea when my 2013 year resolutions is to start taking care of me but att least i had pleasure so no regrets!
^^ No cliffhanger for this one but i loved it so much that i can't wait to get my hand book 2 ( in my top priority since today).

So without waiting here comes my review of Storm by Brigid Kemmerer. Becca Chandler is suddenly getting all the guys all the ones she doesn't want. Ever since her ex-boyfriend spread those lies about her. Then she saves Chris Merrick from a beating in the school parking lot. Chris is different. Way different: he can control water just like his brothers can control fire, wind, and earth. They're powerful. Dangerous. Marked for death.

And now that she knows the truth, so is Becca.

Secrets are hard to keep when your life's at stake. When Hunter, the mysterious new kid around school, turns up with a talent for being in the wrong place at the right time, Becca thinks she can trust him. But then Hunter goes head-to-head with Chris, and Becca wonders who's hiding the most dangerous truth of all.

The storm is coming

I loved it! Brigid Kemmerer ‘s writing style is so clear and easy to read that I was deep in the story after a few pages, now I admit it took me some chapters to get all brothers completely differenced but they are all so interesting.  The author managed to make their relations very realistic, and I could understand so well the conflict between Gabriel and Michael. Gabriel can be so infuriating but mostly he wants to protect his family, he is feeling guilty and reports his anger on his older brother who tries his best to keep the family together and respect their parents’ wish. Gabriel is also full of energy and cunning, to be able to play more sport he doesn’t mind pretending to be his twin Nick, soccer seems to be his favourite sport. Nick is the peacemaker ( I don’t know why I though it was water who would be  not air^^) and he is so funny, reasonable and patient. Chris is the little one, so he was often protected and he wants to feel part of the team not just the baby one.

However, as much as liked all brothers, storm is centred on Chris and his classmate Becca. I loved Becca, feeling guilty she keeps what happened to her secret and endure a real harassment since day one of the school year.
Every one thinks she is sleeping around while she never did it but the rumour is strong and teenagers cruel so apart her friend,Quinn, who sticks with her, no one is kind to her and she is really a pariah. Despite everything that is happening to her, Becca keeps her kind heart and doesn’t hesitate to help others. When she see someone being beaten by others she interfere not knowing how far it will put her in danger, even after all the consequences she still would have done it and Chris and his family can be arrogant, hurtful  she continue to help them despite the danger.

Chris never expected someone to help him, even less a girl he never spoke to so when Becca come to his rescue he is more than surprised. His brothers think she is on something but for Chris there isn’t any doubt, Becca is just a kind hearted girl who he is attracted too even if brothers tells him she has a bad reputation, even if she is on the defensive he protect her and his feelings are growing so much that he confesses what he is as well as the secret of his brothers. The new guy Hunter is too close to Becca and that makes Chris angry, jealous but no matters what he will protect her at all costs.

This was a great book and I’m really happy to have started the year with it, sure some parts were predictable: Hunter’s presence and interest in Becca was too convenient, Becca’s behaviour was also really informative but still I enjoyed this book a lot and I can’t wait to jump on book 2 (and I’m even more impatient for the one about Nick^^;;)

To recommend without a doubt! ( a bonus in this edition you get the prequel "Elemental" in bonus ( review to come) ) 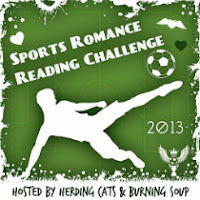