I hope you had a great  Halloween time  or a good reading time in general, with less than 10h of sleep on more than 48h i'm a zombie but it was for a good reason but now that i was finally reaching my bed, i discovered i had forgotten to tell you about the new release from Kallysten so i came to remedy to that.
Why couldn't that wait? Because today and until the 3rd November you can get the free part of this story for free! I had to share this news with you, good way to start the month too.

So back to track, Kallysten just released the 4th part of Ward of the Vampire and there is only one left after this one for teh story to be complete , a good thing for those who wants to wait until all is released to start reading it ^^ ( but then you can still take the free parts when you can ;) ) 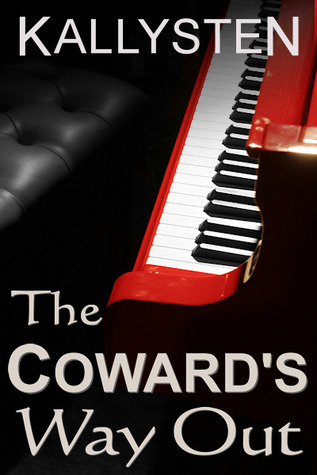 When she was first trapped in the Ward mansion, an unwanted guest to millionaire and vampire Morgan Ward, Angelina could think of nothing else but how to break the compulsion that kept her prisoner. Her reluctant warden was certainly sexy and intriguing, but his standoffish behavior was outputting to say the least.

After a couple of weeks, however, after several ‘mind-trips’ into a fantasy reality in which Morgan is a perfect gentleman – and perfect lover – Angelina finds herself falling for him and struggling to understand why he tries so hard to push her away. How can a man be charming and attentive one minute… and yet deliberately infuriating the next?


A visit from Irene, this time more interested in a stroll down memory lane than in murder, starts to explain Morgan’s fears. But can Angelina break down his barriers before it’s finally time to leave, or will his past prove to be too deep of a wound to heal?


My opinion:
It’s becoming difficult to express my opinion without any spoilers since this book is released under the form of a serial, at least in first time.
I enjoyed the fact the book is progressing at a medium rhythm wit no inconsistency, I’m not sure it’s something that easy to achieve especially when you have several works under progress. The characters stay true to themselves and I was happy to read about them again.

This part is really steamy but also highly emotional since we finally learn about Melody and Morgan’s past.  It help to understand Morgan but at the same time it made me more angry with him since he kind of gave up a long time ago. Now what was the best is that for the first time Angelina takes things in her hand, she won some assurance. For a moment she is not the frail terrified captive but a woman determined to show her point and get what she wants. It’s done step by step, it’s really realistic behaviour and I could really understand how frustrated she was becoming.

Delilah and Irene are present and still the same i mean Irene can be so frightening, Delilah , perhaps she had really good intentions but it’s hard to tell.

The ending is definitively a cliffhanger unfortunately and not really an angsty one but still waiting for next part will be hard.