North of Need (Hearts of the Anemoi 1) by Laura Kaye

If there is a month when i'm really motivated to read  you can guess... yes it's october! All the paranormal events taking places with so many great titles to discover some i want to get, some i do have and remember i need to read ^^.. i admit it's harder for me to read sport romance or something else other than paranormal but at least i'm reading and making a dent in my TBR pile^^.

First, i wanted to post something tomorrow but Brenda and her Ghoulishly Good Monster Mash Mix up event is a great motivation... and since she is making some ponctual giveaway linked to each day topic i did want to share with you....because if you are tempted to get North of Need after reading my review,... go have a look on Brenda's post for today it's in the list of books you can pick from if you win. Great isn't it? And one added bonus for me, there is a light appearance of a ghost so it counts for another challenge too^^  (reading paradise^^)

Without waiting let's see if this book is for you: happy reading! While attempting to escape the agonizing memories she associates with Christmas, twenty-nine-year-old widow Megan Snow builds a snow family outside the mountain cabin she once shared with her husband-and collapses in tears against the snowman at the sight of what she'll never have.

Called to life by the power of Megan's tears, snow god Owen Winters appears unconscious on her doorstep in the midst of a raging blizzard. As she nurses him to health, Owen finds unexpected solace in her company and unimagined pleasure in the warmth of her body, and vows to win her heart for a chance at humanity.


Megan is drawn to Owen's mismatched eyes, otherworldly masculinity, and enthusiasm for the littlest things, and her heart opens enough to believe he's a Christmas miracle. But this miracle comes with an expiration-before the snow melts and the temperature rises, Megan must let go of her widow's grief and learn to trust love again, or she'll lose Owen forever.


My opinion:
I’ve waited so long for this book that when Anna offered to it I could hardly believe it but I’m so grateful because I really enjoyed this book from the dedication to the ending.

It could have been read around Christmas but the magic works all year, even in summer. I was moved by the story and the message that comes with it. Laura Kaye managed to create a really sweet romance, with steamy scenes in a universe I want more of. Here we discover the Anemoi, gods linked to the elements and the seasons, but we still know so little about them that I’m curious; however I don’t mean that something is missing no. We get exactly enough for understand the story of Owen and Megan, we get a glimpse of some others Anemoi and some information about how humans are affecting the planet and thus affecting said Anemoi.

Owen is a minor god of winter, after suffering from a bad separation, he decided to go elemental and stayed alone and hurt for eons….his childhood having been sad too Owen needs compassion and love. So when a deceased human come pleading the gods to make sure his wife, Megan, find happiness Boreas, main Anemoi of the winter, decide it’s a job for Owen. He has several reason for picking the one he treated as a son to offer him the opportunity to become human if Megan wish so but mostly Boreas seems to be a good guy.
Owen acts like a child, being a winter god he needs the snow and the cold to survive yes but he play with it, he love ice cream and he is just so touching…Megan’s husband, John, showed him Megan and told him about her but  each of her smile  is like a surprise and he become quickly addicted but always staying honourable and cute.

Megan is young but already she lost her beloved husband and she can’t overcome the pain and the guilt she is feeling. It has been two years but for her nothing has changed and she is feeling utterly alone in the cabin where she used to go on holidays for Christmas season with her husband… trying to fight the tears she builds a snowman but not wanting to see him alone like her she builds him a family until succumbing to the sadness. Later, during a snow storm a man nearly naked appears on her doorstep. He acts like a child but he is a sexy man who seems to know a lot about her. Slowly, she starts trusting him, guided by a voice in her mind, not expecting the magic behind everything. She is attracted to Owen, feel like she is destined to be with him but at the same time she is afraid to be disloyal to John and that’s keeping her for opening her heart completely. She is courageous, a strong heroine and I really liked her.

If you a looking for a cute paranormal romance with steamy scene this is a book for you, there is also a little message about the ecology but it’s not the principal message. The main one is that even after grief, love can still exist and it’s really well written. I will enjoy reading the rest of the series.
To recommend 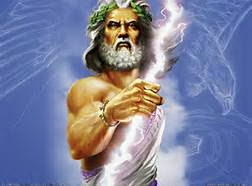 Giveaway Alert: like announced earlier you can win this book ( or another from the offered selection) thanks to Brenda's generosity. If you are interested don't hesitate to see her special halloween event and 6th day dedicated to  books including Gods, Goddesses and avatars^^  Enter Here (until 31st october only)
Good Luck