It's a little late in the day to post a review and i had planned to post it yesterday in fact but my mother has been hospitalized in emergency this weekend and not for something to be taken lightly as you can imagine she has become my priority somy reading time has been inexistant since then but thankfully i had finished this one first and just had to put the last touch at teh review. i do hope to read again soon as she is getting better because i did join a reading challenge this month afterall but i can't make any promise all will depent on how she is doing and when she is back home. I'm sure you all understand. 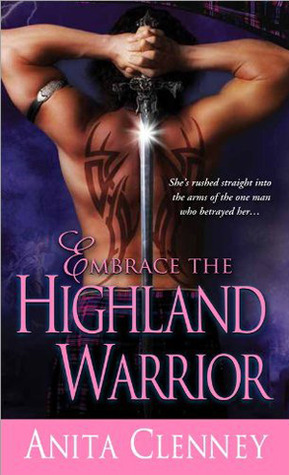 They were driven apart by a timeless secret…

Cody MacBain let the woman of his destiny slip away. A member of an ancient clan of Scottish warriors, he grew up beside Shay as her secret protector, but his heart compelled him to become more. Until Shay’s true identity was revealed, and the fated pair’s chance was gone…

But danger will drive them back into each other’s arms…

Shay fell for the boy next door, suspecting nothing of the ancient secrets he guarded. After a stinging betrayal, she’s determined to banish the memories of her first love forever. But the past can’t let go, and the boy she once loved has returned to her a warrior determined to protect her from the unspeakable evil fate has planned…


But with all the Underworld after Shay, Cody will have to call in the entire Connor Clan to keep her safe.

My opinion:
I love this universe; it has been a long time since I’ve read book 1 but I did fall back into it without problem.  I enjoy how the author links new characters to those we have come to love in precedent book so that we are not at all and even better there is enough information recounting that even if we haven’t read the first book to start we would understand this one perfectly.
I loved to see the similarity between Cody and Faelan as both are really alpha male with an overprotecting instinct. It was also great to see how Faelan was adapting.

Now to focus on the main couple Cody and Shay, both were cute together and both had a misunderstanding in the past that hurt them more than each one imagined. So trust is a little problem at first when Shay discover that even more secrets have been kept from her but she is also guilty of some and that was the reason I got angry with her. Cody did his best to protect her and she jump to conclusion and try to drive him away ( then get jealous). Still, it was cute to see how deeply in love they both were.

Nina and Mathilda were both great secondary character and I do hope we will see more of them as a couple of women who make big warriors wants to hide is something I can’t get enough of.
I liked Jamie a lot less and I’m a little angry at how he bends the rules and even got against them when he knew Cody feelings….it seems he will be the next one so I do hope I will like him more than I do now.

The plot was well done it’s just the way the story is told that sometimes irks me and I felt lost…. The author sometimes move space and time without a real introduction so we are cut at big revelation for example, we don’t see the reactions of the characters like we would have hoped, and next paragraph we are in another country in another situation not linked to the last one… yes they were supposed to leave but still for me it gave me the sensation that something was missing. That’s the only downside I have with Anita Clenney ‘s writing style because I do love her stories anyway. There is humour, passion and a lot of action interlaced together to keep you on edge and smiling at several passage while biting your nails at others.

In this book also a lot of other mysteries are announced, or brushed to add some tension like for example: what is Shay? What about her father? What emeralds but also what about , Who is the prisoner and those are only a few among several. I would love to discover more about Ronan for example; yes I want the answers to the others mysteries but Ronan, and the rest has me really intrigued now.

It’s definitively a series I would recommend if you love paranormal historical romance. One, i do hope I will be able to follow up in its entirety .